Each order is carefully handcrafted to your specifications. Due to covid-19 causing a delay in receiving supplies, I am unable to guarantee a shipping date. Each order will be completed as soon as physically able. I remain committed to never sacrifice on quality. 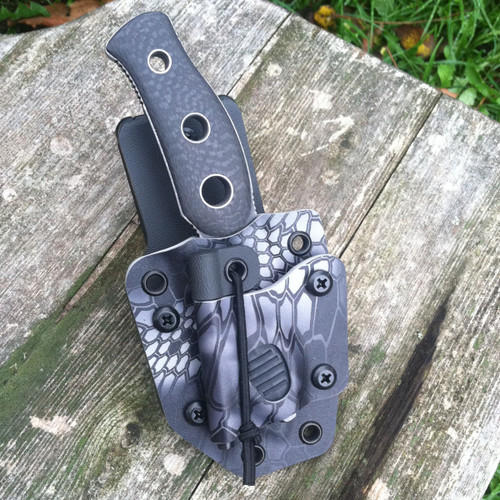 This sheath is also ambidextrous.  You can easily switch the light and firesteel attachment to the opposite side of the sheath to carry it in either the scout position behind your back, vertically on your side, or cross draw.

Included is the Offset Platform, the Tek-Lok, and Inova button light, and a firesteel.

Choose your knife and the color you want.  Because this sheath is ambidextrous, if you choose a camo pattern the camo will be on both sides.

Sheath Only! Knife not included.

The sheath pictured is in Typhon Kryptek patterned KYDEX.